An investigative piece I am particularly proud of: https://balkaninsight.com/2020/02/12/kosovo-faces-challenge-to-resolve-battles-over-university-accreditation/

Albin Kurti’s new government is under pressure to address serious problems in higher education that have led students to claim they paid to enroll at colleges that they did not know were not accredited.

As Albin Kurti and his new coalition government assume office in Kosovo, a big challenge facing the new Education Minister, Hykmete Bajrami, is to clear up the mess in the country’s higher education system. This has yet to recover from years of political interference and from the dysfunctional activities within the higher educational accreditation agency, the KAA.

At the end of last month, on BIRN’s Life in Kosovo show with host Jeta Xharra, the outgoing Minister of Education, Science and Technology, Shyqiri Bytyqi, dismissed the acting director of the KAA, Avni Gashi, citing “irregularities.” He then appointed Shkelzen Gerxhaliu, the former senior officer for monitoring and evaluation at the KAA, in his place.

During the TV debate, the former minister argued intensively with Dukagjin Zeka, a member of the KAA’s governing board, the National Quality Council, on accreditation issues, after students from one university claimed they had been scammed into enrolling when it had not received accreditation.

Zeka accused Bytyqi of undermining the KAA’s independence by interfering with it, which the outgoing minister denied. “During my time as a minister, the KAA was the most independent it has ever been. At no point did I personally interfere with any decision,” he said.

But Zeka claimed that senior figures in the KAA had promised to accredit two colleges, the College of Medical Sciences Rezonanca and Heimerer College, which led to them enrolling students before the KAA had in fact accredited them. Afterwards, they did not receive accreditation for the year 2019-20.

“The agency, including the former director and some board members, promised these institutions that they would receive accreditation,” Zeka said. “So they enrolled students, like the one we heard on this show, who testified that she took an entrance exam in Rezonanca on October 21, 2019, when the [KAA accreditation] expert only went to inspect [if it met the terms for accreditation] on October 24,” he said.

Six students gave statements to BIRN’s TV show, saying they paid to enrol at Rezonanca, wrongly believing that it had been accredited.

BIRN found no evidence that Heimerer College had registered students when it was not accredited.

“We were not informed about accreditation and, when we asked, when we registered, the Dean [Blerim Krasniqi] told us that it was accredited,” a student at Rezonanca who preferred to remain anonymous, fearing repercussions on her grades, told the TV show.

Dean Krasniqi sent a response after the show was aired, defending the college’s decision to enrol students before receiving accreditation.

“We recruited the students so they would not waste the year, because the KAA was obliged to accredit the programmes. If they do not accredit us… we will take them to court, because they have deprived us of our right to appeal this decision,” Krasniqi told BIRN.

Faced with contradictory allegations, Bytiqi said the Education Ministry would investigate any claims that students felt defrauded. But a week later, on February 4, he was no longer the minister, following the formation of a new government in Kosovo led by Vetevendosje and the Democratic League of Kosovo, the LDK.

His post has now gone to by Hykmete Bajrami, who teaches economy at the University of Prishtina. Bytiqi belonged to a party, the Social Democratic Party of Kosovo, PSD, which did not win a single seat in parliament in last autumn’s elections. 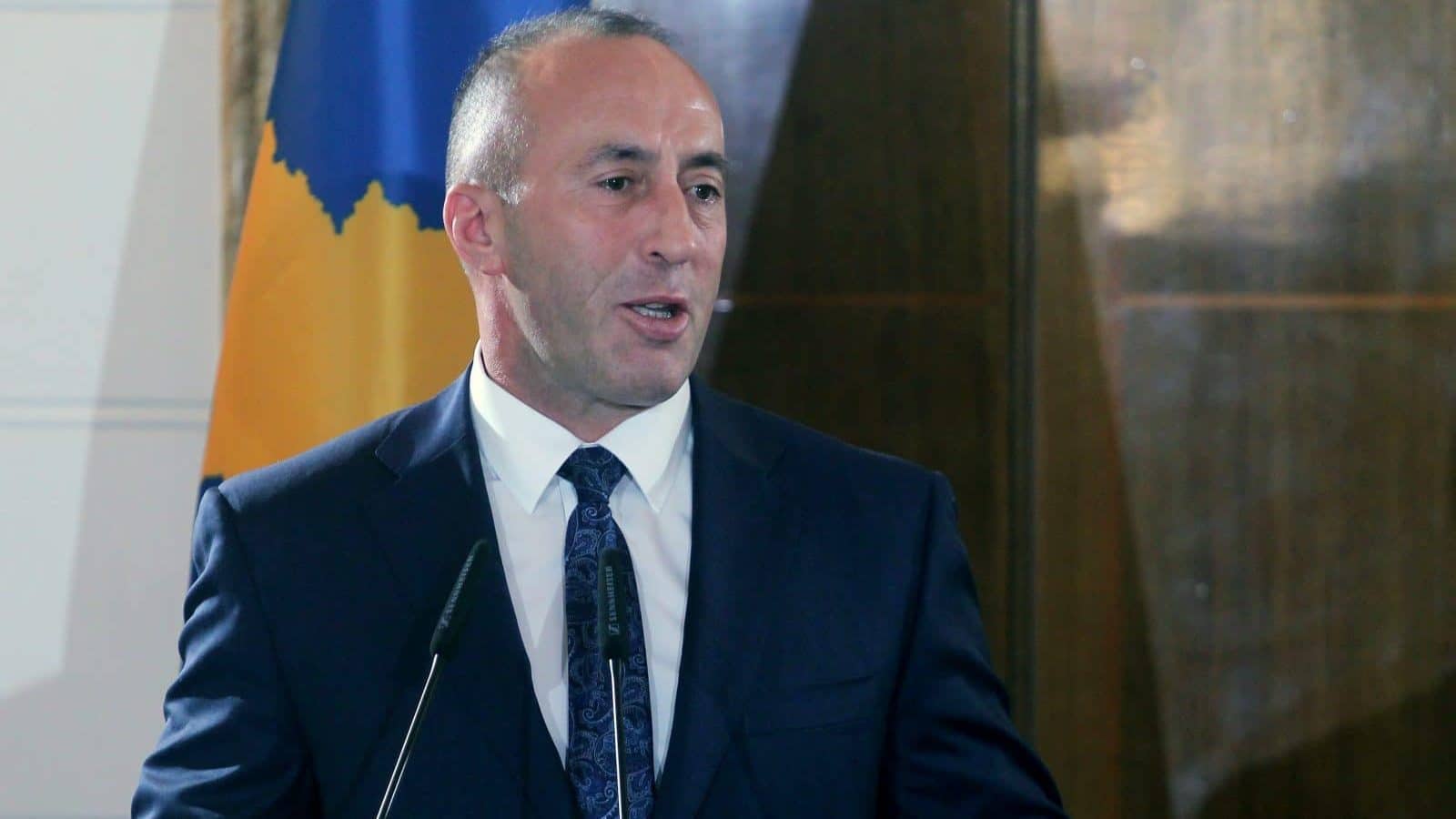 Higher education in Kosovo has paid a high price for years for political meddling and only weeks after his government took power, at the end of 2017, former prime minister Ramush Haradinaj axed all the board of the KAA under an executive order, citing “irregularities.”

Months later, in February 2018, the KAA lost its membership of the European Quality Assurance Registry for Higher Education, EQAR, citing political interference as one of the main reasons.

“The dismissal of the KAA Board in September 2017 on the request of the Prime Minister was the most flagrant political interference with the agency’s business and led directly to the exclusion of the KAA from EQAR,” Dukagjin Popovci, director of the Kosova Education Center, an NGO, said.

The new KAA board then caused uproar in the summer of 2019 when it refused to accredit three top public universities, in Peja, Mitrovica and Prizren.

While some civil society activists praised the decision, saying none of the universities fitted the academic criteria, Haradinaj was deepy unhappy. He called the decision “unacceptable,” criticising the KAA board as a “mafia” organisation.

On January 30, Haradinaj interfered again with the KAA when he wrote to Gazmend Luboteni, the President of its board, the National Quality Council, and Avni Gashi, who was the acting director at the time, urging them to “immediately begin overcoming administrative and bureaucratic hurdles and proceed with the fulfillment of your mandate for quality education”.

Rron Gjinovci, head of the Organisation for Improvement of the Quality of Education, ORCA, which monitors education in Kosovo, says he believes Haradinaj wrote to the KAA in response to continued pressure from Christian Heldt, the German ambassador, to accredit Heimerer College.

The German-Albanian medical school trains nurses for both local and German markets and Gjinovci recalled several meetings between Heldt and the government over it, citing an email that Heldt sent to Luboteni at the KAA on November 11 last year.

“In order for Heimerer College to offer the respective programmes to its students in the school year 2019/2020, it is of the highest importance that the KAA decides about the accreditation of the programmes as early as possible,” it said.

“We encourage you to call the KAA Board meeting at which such a decision can be taken, at the earliest possible time, hopefully already by Friday, November 15.”

Gjinovci said that while the interference of powerful local politicians in Kosovo in higher education was notorious, and even “horrific”, he added: “It was quite a surprise to have to exposed the systematic interference of Ambassador Heldt in the Accreditation Agency.”

Asked by BIRN to respond to the allegations, the German embassy in Pristina said that it “is in continuous communication with public institutions of the Republic of Kosovo. This is also the case with the Kosovo Accreditation Agency regarding the assurance of a transparent process for the accreditation of high-quality education programmes.”

It added: “The German Embassy shares the interest of Kosovo’s international partners in independent and timely evaluations and decisions of this Agency, based on the rules and regulations set out by the Government of the Republic of Kosovo to reach EU standards. The Embassy strongly values an independent, substantial and transparent assessment of Kosovo’s higher education institutions and their programmes.”

KAA also at fault as well as politicians: 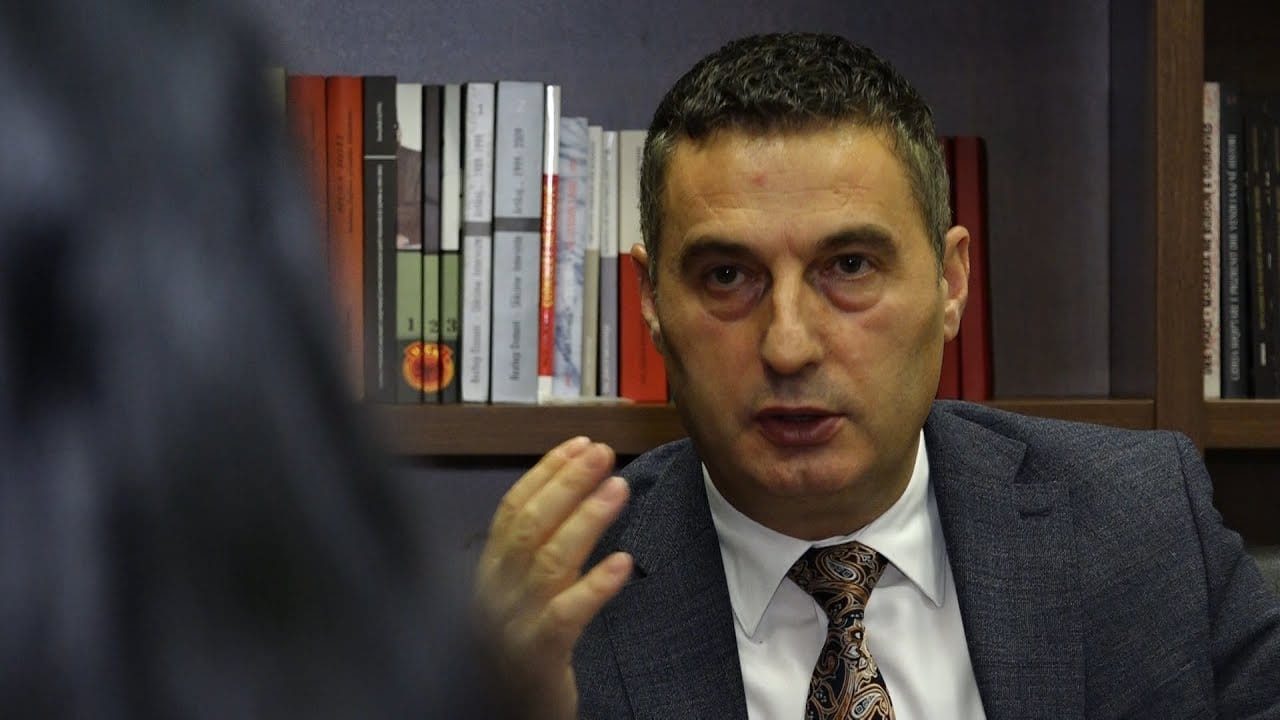 Since the KAA lost its membership of the EQAR in October last year, diplomas from Kosovo have lost credibility, making it harder for Kosovo students to apply abroad in Europe to do their Masters.

Faton Ismajli, a journalist and professor at the University of Pristina, blames domestic politics for the loss of EQAR membership, focusing  on “the unfounded decisions and accusations of former Prime Minister Ramush Haradinaj and those of [former] Education Minister Shyqiri Bytyqi”.

But Arber Reci, Secretary General at Illyria College, said the KAA itself itself was also to blame for the problems. The KAA withdrew his private university’s accreditation last summer, along with that of the three public universities, rendering it unable to enroll students.

“The KAA selectively made decisions against institutions without any legal basis,” he asserted. “We expect reimbursement from the KAA of 50,000 euros for the damage it caused.”

Iliria College was told last July that it had lost its accreditation because it only met three of the 11 requirements needed, while partially meeting four others. The requirements it failed to meet were Strategic Planning, Governance and Administration, Academic Integrity, Liability and Public Accountability.

It has since filed four lawsuits against the KAA for stripping it of its accreditation, but has not achieved much legal progress due to Kosovo’s notoriously slow courts and the administrative silence of the agency.

The agency’s new acting director, Shkelzen Gerxhaliu, has admitted concerns in the accreditation process in Kosovo, but says things will change under his leadership. “I have immediately started changes in internal policies,” he told BIRN

“These policies include increasing the numbers of experts participating in the evaluation of programs, drafting new guidelines and policies on experts’ training,” he said, vowing to bring in trained professionals to restore the KAA’s lost status and reputation.