While Serbia cultivates ever closer links with China, Kosovo – the former province it refuses to recognize – is building ties with another East Asian giant, Japan.

A month earlier, at an earlier meeting, Abe had announced that Tokyo would open an embassy in Pristina – an important development for diplomatically isolated Kosovo.

Tokyo recognised Kosovo a decade ago, but has not opened an embassy until now.

“I am pleased that high-level dialogues have been active, including two summit meetings in this memorable year of the tenth anniversary of Japan-Kosovo diplomatic relations,” Abe said.

Japan has since announced that its ambassador-designate to Kosovo in 2019 will be its former ambassador to Mozambique from 2014-17, Akira Mizutani. Based in Vienna, he serves also as Ambassador to Austria. Mizutani has served in Japan’s foreign ministry for decades, in embassies such as Turkey, Germany and Pakistan.

Now, Kosovars and Japanese are preparing for the next step in their relations, hoping that the opening of an embassy in Pristina will enhance Japan’s engagement with the young state.

“It is a good promotion for Kosovo,” said Erica Chubachi, from Sendai in Japan, who has opened an oriental therapy business in Pristina. “Lots of Japanese still think Kosovo is dangerous. A Japanese embassy in Kosovo will help the Japanese rethink and feel safe to travel here.”

To commemorate the closer bond between Kosovo and Japan, numerous events in the past months have helped Kosovars learn more about Japan and its culture. 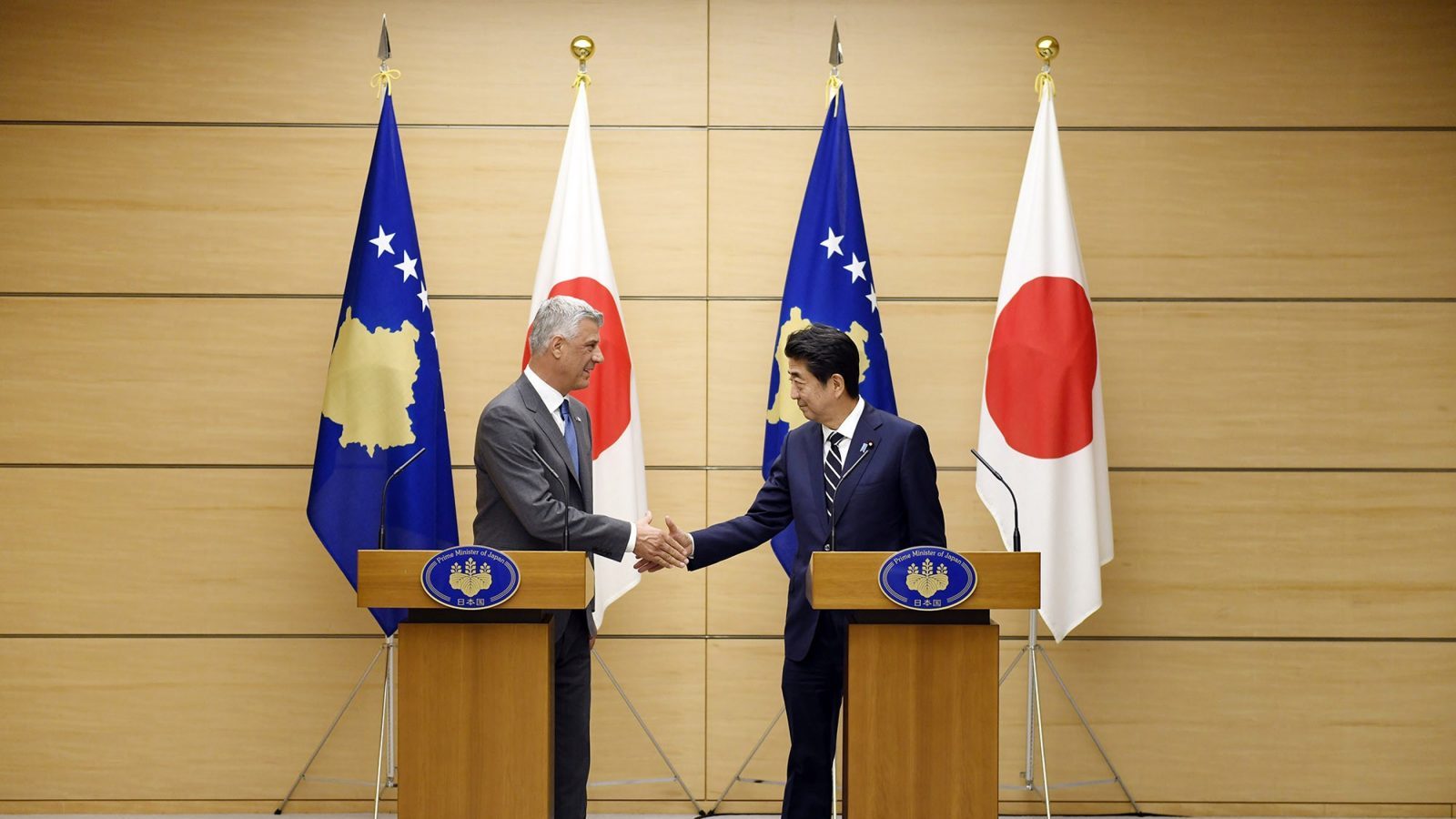 In November, universities in Pristina, such as RIT Kosovo and UBT (University for Business and Technology) hosted Yuichiro Morishita, a Japanese peace activist, to teach about Hiroshima and Nagasaki, the two cities that suffered from atomic bomb strikes in World War II. The event was part of a larger programme, known as “Japan Week”, arranged by Japan’s Foreign Ministry.

“Kosovo’s youth can make a big contribution to world peace, I believe,” said Morishita, recalling his meetings with about 5,000 young people at which they discussed peace. “I hope that with the opening of the embassy, the Japanese people will have more opportunities to know about Kosovo,” he added.

A number of Japanese films were shown throughout the week at the cine-theatre, free of charge, for Kosovars looking to explore the East Asian state’s powerful history and influential culture.

Some have gone to see it for themselves. “What impresses me most about Japan is their respect for work, superiors, strong discipline, precision, caring about every single detail – and their respect for their predecessors, love towards their customs, culture, environment and their close relationship with nature,” said Mithat Haxhiislami.

A native of Peja, western Kosovo, he moved to Japan in 2003, which is where his wife, Kasumi, comes from. His firm, Intermedico Japan Co., Ltd, specializes in healthcare and cosmetic products. He is also head of the Japan-Kosovo Friendship Association.

He said he had worked hard in Japan to spread some knowledge about his little-known homeland. “I have constantly striven to disseminate as much as possible positive information about the Albanians, both in Kosovo and Albania, since Japan had absolutely almost no knowledge about my nation,” he explained. 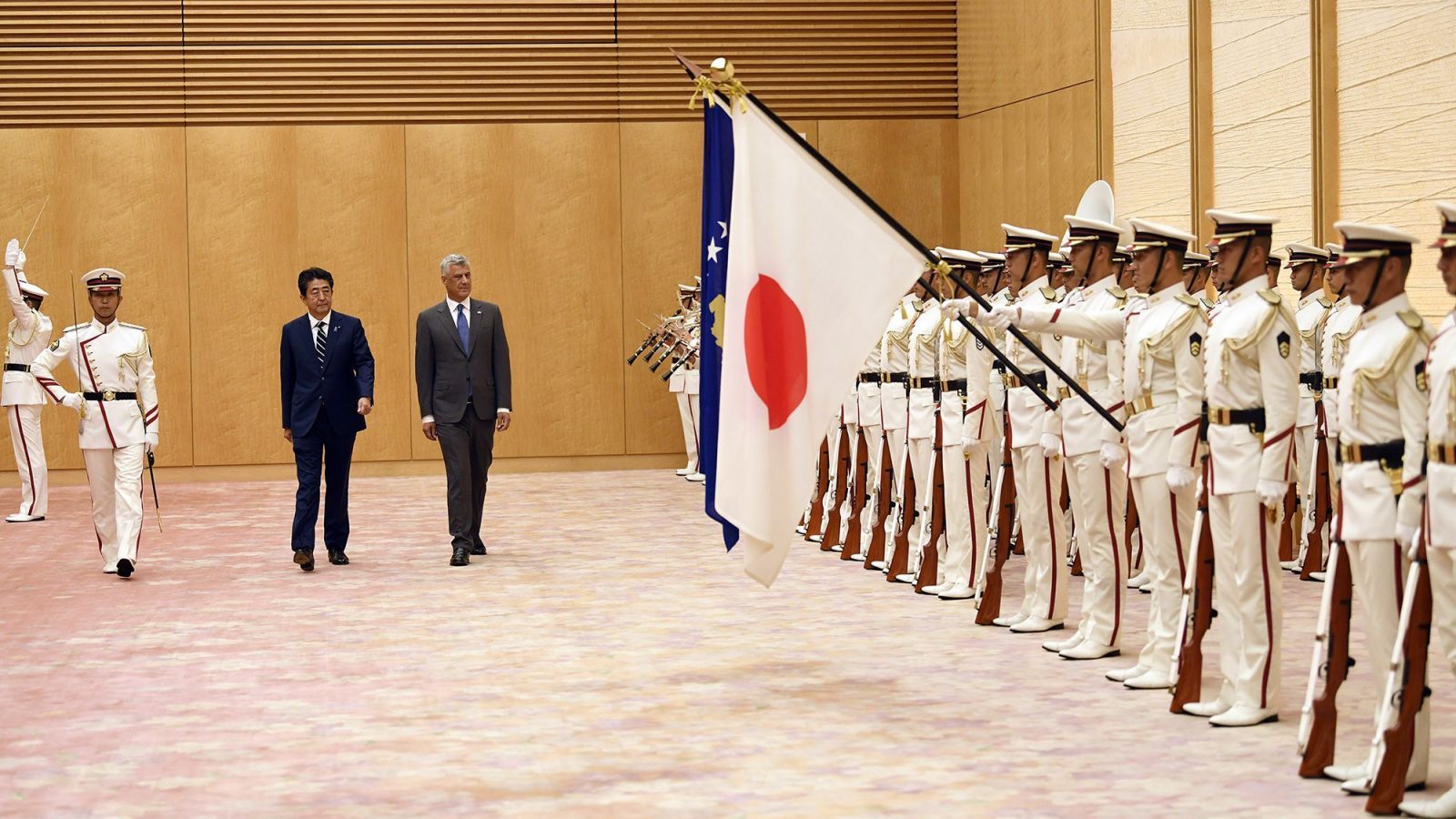 “The media coverage for Kosovo has been numerous and completely positive,” he said. “It is just a matter of using the public and media discourse, and allowing reporting on a post-war country … that is now hosting tourism and has consolidated its sovereignty,” Malazogu added.

While some Kosovo Albanians have found economic success in Japan, Kosovo is home to Europe’s largest shiitake farm, producing the famous mushrooms native to East Asia.

Hirano Mushrooms, located in Mitrovica, is so far the only Japanese business in the country. However, Japanese national Kotaro Takeda thinks this will change once the new embassy opens.

Takeda, who works with the UN in Kosovo and teaches martial arts and combat sports in Pristina in his free time, says Japan’s policy of soft power is becoming evident in its relations to the Balkan nation.

“Now an official embassy has been established, it will solidify Japan’s position, endorsing its recognition of Kosovo as a sovereign state not just on paper but in a practical sense,” Takeda said.

“This will benefit Japan-Kosovo relations greatly, as Kosovars will be able to apply for a Japanese visa directly in Pristina, as opposed to travelling all the way to Tirana or Skopje.”

For Japanese tourists planning European getaways, the new embassy will ease their travel worries in the Balkans. Takeda notes that his fellow countrymen and women are notorious for “extreme caution and a need for security”.

Outside Pristina, Japan has got involved in a number of projects, such as city of Prizren’s fight against climate change. 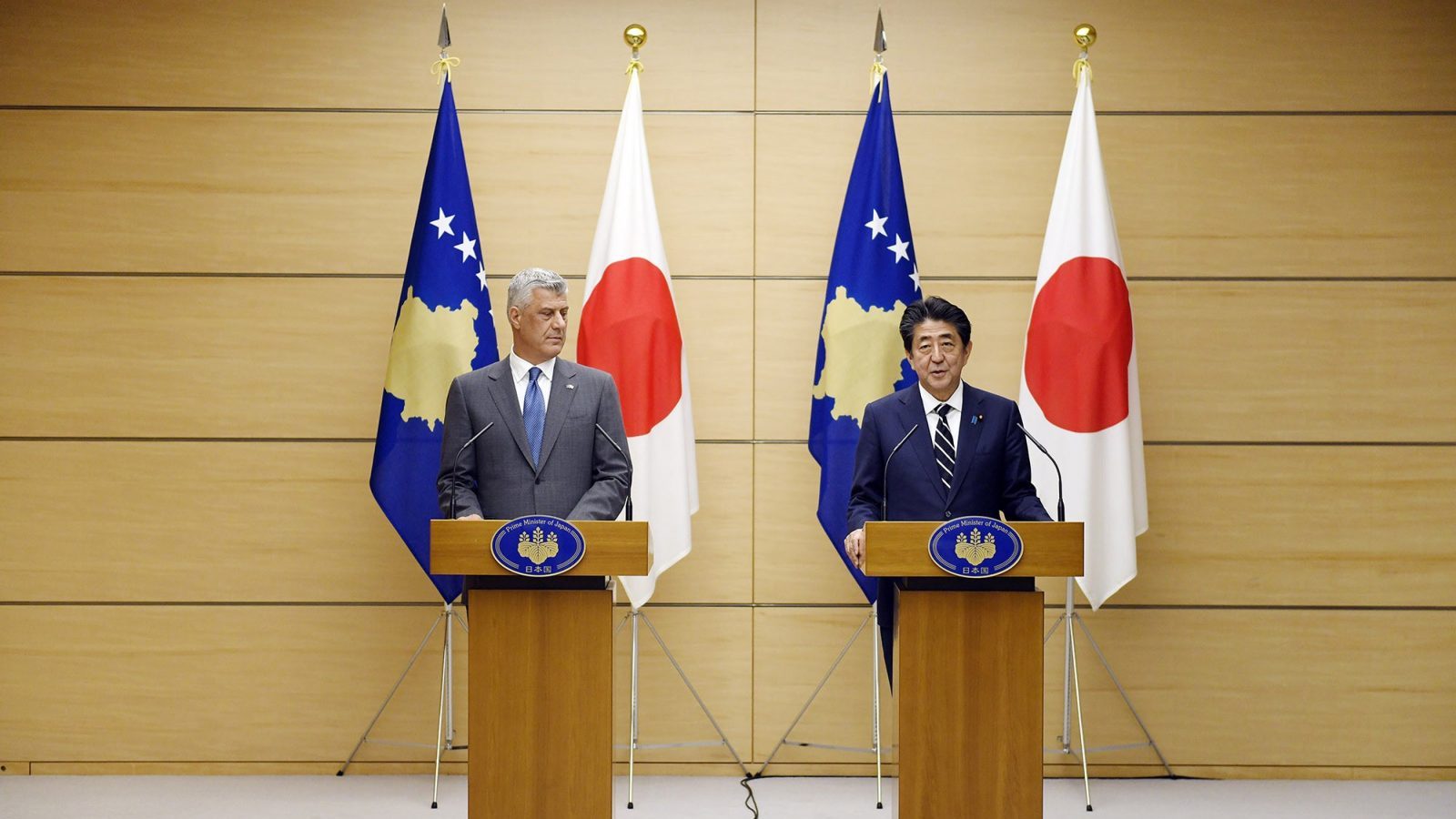 It invited those working in the city’s waste management to Kobe, Japan, for a training session that eight countries attended, hosted by the Japan International Cooperation Agency, JICA. Contributing to environmental awareness in Kosovo has become an integral part of Japan’s involvement with the country.

Nehat Bojaxhiu, director of the Environment and Community Development, ECD, an NGO that took part in the training sessions in 2012 and 2013, said Kosovo needs to learn from Japan’s strong sense of environmentalism.

“Japanese citizens consider everything around them to be home, and take care of it. I wish people in Kosovo understood that this is our home, that we have a responsibility to take care of it, and cannot afford to continue like this,” he said.

He took part in the training sessions along with staff from the Ministry of Environment, municipalities of the Prizren region and a public waste collection company, Ekoregjioni.

“Citizens are able to know the potential air indicator in real time and be more aware of the air quality,” said Jiro Takeichi, from the JICA’s Office for the Balkans, in an interview with Economy Online.

Bojaxhiu believes that things look bright for Kosovo’s and Japan’s relations – and that the new embassy opening will consolidate this relationship.

“During my stay in Japan, I was lucky to meet many citizens and learn about Japanese culture and tradition, and found many similarities with our traditions,” said Bojaxhiu, who returned to Japan last year.

“They were very much interested in knowing about our country and people. I believe the embassy will play an important role in promoting future ties between the two countries.”